Now this is a sweet news for geeks like me in Singapore. Not that I buy every single new and cool gadget that comes to town. Anyways, the details are in the following link:

Ballmer Bites Back, Disses the iPad

Ladies and gentlemen, step up to the ring: We’ve got a good old-fashioned Microsoft-Apple battle a-brewin’.

In one corner, you have Steve Jobs, the turtleneck-loving, porn-hating Apple CEO who says the “post-PC era” is upon us.

In the other, you have Steve Ballmer, the “developers!”-chanting, fancy-dancing Microsoft boss who likens Jobs’ vision of technology to an elitist fantasy.

This week, the two forces indirectly clashed onstage at The Wall Street Journal’s D8 conference in Southern California. And, suffice it to say, some colorful comments ensued — comments that, depending upon whose side you believe, could foreshadow some interesting things for the future of business computing. After all, as conventional wisdom goes, Apple has a legacy of downplaying the business market that Microsoft has courted for 30 years.

Steve vs. Steve: PCs, iPads, and the Future of Computing

First, the background: The Microsoft-Apple argument started when Jobs took the stage at D8 on Tuesday. Speaking with the Journal’s Walt Mossberg and Kara Swisher, Jobs delivered the sure-to-be-eternally-quoted line: “PCs are going to be like trucks.”

(It’s safe to say he didn’t mean they’d be powerful and reliable — you know, “like a rock.”)

Jobs went on to elaborate, suggesting that PCs would always be around but would eventually be used only by “one out of ‘x’ people” — leaving it up to you to fill in the ominous variable.

“This transformation’s going to make some people uneasy,” Jobs said. “People from the PC world.”

Fast-forward to Thursday, when Steve Ballmer got his turn up on the D8 stage. Ballmer contradicted Jobs’ remarks, declaring that the age of the PC was anything but over.

“I think people are going to be using PCs in greater and greater numbers for many years to come,” he said. “There may be a reason why they call them ‘Mack Trucks,’ but Windows machines are not going to be trucks — they’re not.”

Ballmer went on to knock the idea of owning a different device for every purpose — say, an iPad for the road, an iPhone for the pocket, and an iMac for the home — suggesting that such a concept might seem realistic within the “bubble” of a tech conference but would never prove feasible for the majority of consumers.

“I think there will exist a general purpose device that does everything you want, because I don’t think the whole world’s going to be able to afford five devices per person,” Ballmer said.

Finally, Microsoft’s main man directly dissed the iPad, saying the famed tablet itself was merely a “different form factor of PC” — and proceeding to take a jab at its practical uses.

“A guy tried to take notes on one in a meeting with me yesterday. That was fun,” Ballmer quipped. “The meeting didn’t go real fast.”

The Battle in the Business World

When it comes to mobile tech and business, both Ballmer and Jobs may soon be battling a common enemy. Apple’s iPad is sure to face stiff competition from the soon-to-hit onslaught of Android-based tablets, which will offer corporate decision-makers far more options in terms of both hardware and carriers (not to mention far fewer restrictions in terms of content and applications). The iPad, after all, is more geared for consuming than creating content. A true mobile road warrior needs a device that’s built for the latter.

For Microsoft, with its thus-far-tablet-free shelves, the bigger threat may be Google’s upcoming Chrome OS. The operating system, set to debut sometime in the fourth quarter of this year, will bring a lightweight, open source alternative to netbooks and potentially desktop PCs as well. And if Google’s able to get businesses on-board with its cloud-driven vision, Microsoft may be in for another serious fight.

Two 10.1-inch touchscreen tablet designs that run Google’s mobile Android software are on display at the Computex electronics show in Taipei, one from Foxconn Technology and the other by Hardkernel.

The tablet from Foxconn is a reference design made to show vendors what kind of tablets could be put into production quickly, and uses Nvidia’s Tegra chipset inside. Few details about the reference design were available. Foxconn is the trade name of Hon Hai Precision Industry, the world’s largest contract manufacturer of electronic devices.

The other tablet is a product from South Korea’s Hardkernel named the Odroid-T, and uses a Samsung Electronics’ S5PC110 1GHz chipset. The devices includes external GPS, Wi-Fi and Bluetooth 2.0, USB 2.0, a Micro-SD slot, standard SHCH slot and more. The company’s Web site says it will be available in June, but does not list a price.

Both devices used Android version 2.1 and the Hardkernel model ran more smoothly. The company appears to have tweaked the Android software to run better on tablets. Android was designed by Google for smartphones.

The chipsets on both devices were both designed for high definition and 3D video, which companies believe will be important for the tablet market because people will watch a lot of video on the devices.

Over a dozen tablets designed to compete with Apple’s iPad are on display at Computex this week, mainly with Android or Windows 7 software.

When I read that Apple iPad reaches 1 million sales faster than the iPhone, I guess the world is more than ready for mobile devices. You may know that tablet computing is not exactly a new technology. Microsoft have tried in the past and failed, but somehow the people at Apple has got it right.

Besides the technology and design of the iPad could factors such as the emergence on social networks have an influence to make it a winning formula? Or could saving the environment and convenience that it provide has something to do with it? I sure would love to read my ebooks and newspapers on the iPad if I have the choice. It is a lot easier than flipping through the morning papers in the subway without hitting someone in the face.

Because iPhone screen may not be big enough and it may not always be convenient to boot up a notebook (I know I have been in that situation many times), mobile device like this can make it easier to be constantly connected to catch up with the most up-to-date news in Twitter or Facebook. The latest stock market news or development of the oil spill, because BP turns to Twitter and Facebook, are literally at your fingertips. All these while chatting with friends on Facebook or running through emails.

Reaction from Apple, a company known for it’s uncompromising secrecy policy, after the breaking news about its “lost” iPhone.
More at Apple spurred police in lost iPhone probe

This, coming from a company that is extremely careful with their secrets. Is this intentional? Otherwise looks like someone is going to lose his/her job.

WASHINGTON : Apple announced Monday it would show off its “latest creation” in San Francisco later this month, an event expected to feature the unveiling of a long-awaited tablet computer.”Please join Apple on January 27 for a Special Event,” said a typically cryptic email invitation to journalists from the company behind the Macintosh computer, the iPod and the iPhone.

“Come see our latest creation,” said the invitation, which featured colourful blobs of paint surrounding the Apple logo.The Cupertino, California-based company did not supply any further details about the invitation-only event to be held at 10:00 am Pacific time 1800 GMT at the Yerba Buena Center for the Arts Theater in San Francisco.

Nokia to sell netbook Booklet 3G but will APPLE steal the market ?

Nokia has announced it will start to make laptops, entering a fiercely competitive but fast-growing market with a netbook running Microsoft’s Windows operating system. 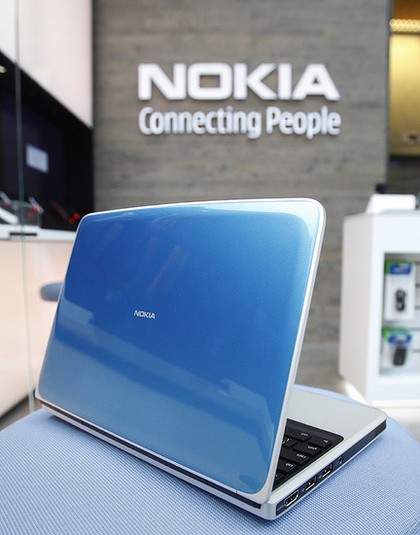 Nokia had said earlier this year it was considering entering the laptop industry, crossing the border between two converging industries in the opposite direction to Apple, which entered the phone industry in 2007 with the iPhone. 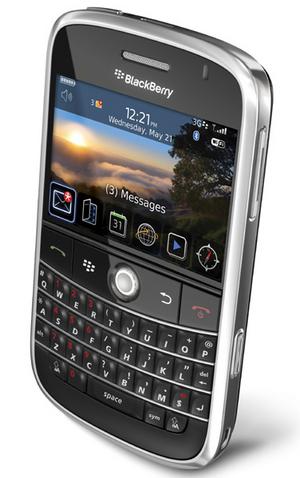 It may seem an unlikely union but at the launch of the BlackBerry Bold today, the company’s global COO Dennis Kavelman said he wanted to take Apple CEO Steve Jobs out for a drink.

The Bold, soon to be sold by Optus, Telstra and Vodafone, will compete directly with Apple’s iPhone as BlackBerry-maker RIM seeks to expand its reach from executives and senior employees to pretty much anyone with a professional job.

Apple staff wait for the official opening of the new Sydney Apple Store on George Street in the CBD.
Photo: Getty Images

Hundreds of Apple fans and onlookers clogged the pavements of George Street in the heart of Sydney’s CBD on Thursday night to witness the opening of Australia’s first Apple Store.

Fifteen minutes before the allotted hour of 5pm, the queue to enter the store stretched from the corner of George and King Streets, around the block and back down York Street, almost to Market Street.

In places the line was five deep and police, City of Sydney council officials and private security guards had their job cut out keeping order as workers spilled out of their offices and merged into the streets with late night shoppers.

With fans penned in by metal barricades and flashbulbs illuminating York Street, passers-by could have been forgiven for thinking an international movie star had just arrived on a red carpet for a movie premiere.

For the people at the head of the queue, 5pm marked the end of a 30-plus hour vigil that earned them nothing more than a free t-shirt and the right to say they were among the first customers to visit the new $15 million store.

Although none of the first three in line bought anything, other’s behind them were not so frugal and soon after the doors were open Apple’s tills were ringing.

By about 4.25pm the streets resembled the home stretch of a marathon as scores of Apple employees poured out of the store ran a lap of the block, high-fiving members of the cheering crowds as thanks for their devotion.

“It’s pretty incredible; far more than I expected,” said Brisbane inventor and self-confessed Apple geek Moyzschya Belle, who slept out overnight with scores of other enthusiasts and was among the first wave to enter the store.

“But right now, I’m going home to have a hot shower and snuggle up to my sweetie.”

Gary Allen from Berkeley in California, who writes a blog about Apple Stores and has attended some 30 store openings, also camped outside the store overnight.

He rates the Sydney store as among the top five in the world in terms of design and presentation.

For Anthony Agius from Melbourne who runs the MacTalk forum website, the best part of the overnight experience was the camaraderie. “We just spent all night talking about Macs,” he said.

Apple’s executive were also very pleased with themselves. The turnout had been better than expected and was achieved without any large-scale advertising or paid promotion.

“They all magnificent, but there’s something very special about this [opening],” said Steve Cano, Apple’s senior director of international retail, as the crowd poured in to the store. “There’s a real energy.”