Chat, shop and play in virtual S’pore by year-end – itsReal

Local Internet users and their life-like 3D digital avatars can soon sip virtual cuppas in virtual Shenton Way cafes. What’s more, they will also be able to chat, work and play in other true-to-life, online 3D cityscapes of Singapore.

Image of Facial Recognition in Twinity

This virtual world that looks and feels like Singapore is the brain child of German firm Metaversum. Virtual Singapore, which will be based on a Metaversum platform called Twinity, will be rolled out by year-end, a senior company official told BizIT this week.

In this virtual city, users will be able to buy and furnish virtual apartments, and invite real friends over. They can also carry out real world business transactions, like checking-in airline tickets or booking a business centre.

‘The virtual Singapore city will be close to being a replica of Singapore,’ said Jeremy Snyder, executive vice-president of operations, Metaversum.

Chat, shop and play in virtual S’pore by year-end. 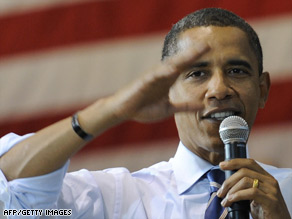 The former first lady was considered one of the top VP contenders shortly after she ended her White House run in June, but rumors of lingering tension between the former rivals and word that her name would be placed in nomination at the convention are partially to blame for political observers kicking her out of the top tier.

Singapore, May 5th 2008, Recruit.net, an award winning tech company that operates a network of trilingual job search engines across Asia Pacific, has launched a new job search function at Ping.sg, Singapore’s leading blogging community site. With the new function, community members are able to search for ten of thousands of jobs through a single click at Ping.sg. The Recruit.net job channel allows for users to find tens of thousands of Singapore related jobs from hundreds of websites in a single search through Ping.sg: http://jobs.ping.sg/
END_OF_DOCUMENT_TOKEN_TO_BE_REPLACED

Messge from CEO of Recruit.net Maneck Mohan to Singapore Bloggers

END_OF_DOCUMENT_TOKEN_TO_BE_REPLACED

How to win VIP friends… get very very very RICH…….. It is not clear if the 600 guests – which reportedly included Bono, Johnny Depp, Leonardo DiCaprio and various tech luminaries – were able to fly home before the storm hit.

A rare subtropical storm has gatecrashed the lavish wedding of Google’s billionaire co-founder Larry Page to PhD student Lucy Southworth, bringing with it 65km/hour winds and 15cm of rain.

Rain and winds battered the wedding party during the official reception on Sunday, but by late Monday night the low pressure system developed into a rare post-season subtropical storm, the US National Hurricane Centre said in a warning.

It is not clear if the 600 guests – which reportedly included Bono, Johnny Depp, Leonardo DiCaprio and various tech luminaries – were able to fly home before the storm hit.

ONLINE property classified leader Realestate.com.au (REA) has commenced a major assault on the Asian online real estate market, using two newly launched websites in Hong Kong and Dubai as a linchpin to expand in the region.

Chief executive Simon Baker told the company’s annual general meeting that its objective was “to become No1 or No2” in every market in which it operated.

The company was now the No1 online real estate player in Australia, Italy and Luxembourg, he said, with strong positions in a number of other markets, including the UK, through propertyfinder.com. However, the prospect of growth in the Asian market is attracting most of Mr Baker’s attention.

END_OF_DOCUMENT_TOKEN_TO_BE_REPLACED

Cops Learning How to Extend Beats Online
The Associated Press –
(AP) — Raise your hand if you’ve heard of “Second Life,”

from around the country. …

in Second Life, where online shoppers will be able to visit the 3D virtual stores of …

boldly gone to perhaps the last place anyone would have

expected it to go: Second Life. …

that it has created “Fujitsu Islands” within the Second Life

Nanotechnology in Second Life” story from a few weeks ago.

Today, NanoLands, the nanoscience and …

potential recruits through a jobs fair on the

Will Second Life Anonymity Be A Deal Breaker For Business?
By Erica Driver
Second Life is an anonymous virtual world —

most people cannot identify themselves with avatars that

use their real names. I say most people because I suppose

there is a chance your name in real life could be
Forrester Information and Knowledge… – http://blogs.forrester.com/information_management/

told the audience how he had invested only tens of thousands

of pounds in Second Life (a fraction of what some brands have spent),

but by taking a sales-led strategic approach the …
Biz Blog Review – http://bizblogreview.blogspot.com/

Do You Have A Home On Second Life?
By casasugar
Second Life is a virtual online user-defined society
CasaSugar — Home sweet home. – http://casasugar.com/

…and its rules about who gets what ad and which advertiser wants that blogger, END_OF_DOCUMENT_TOKEN_TO_BE_REPLACED

This video is LONG and also very much a crystal ball look at what things will be like when computing power… from INTEL will allow for these types of environments… if you have the time and 3D Web is your area of interest check it out… look for QUAQ, ParaVerses and Virtual Surgery…